Congrats to all of our finalists. It's a great achievement to reach the finals. Only the best make it this far!

Of course, there can be only one winner per league. And this year that honour goes to League Cup 1's First Timers and League Cup 2's Team X. Well done to both teams, you earned it! 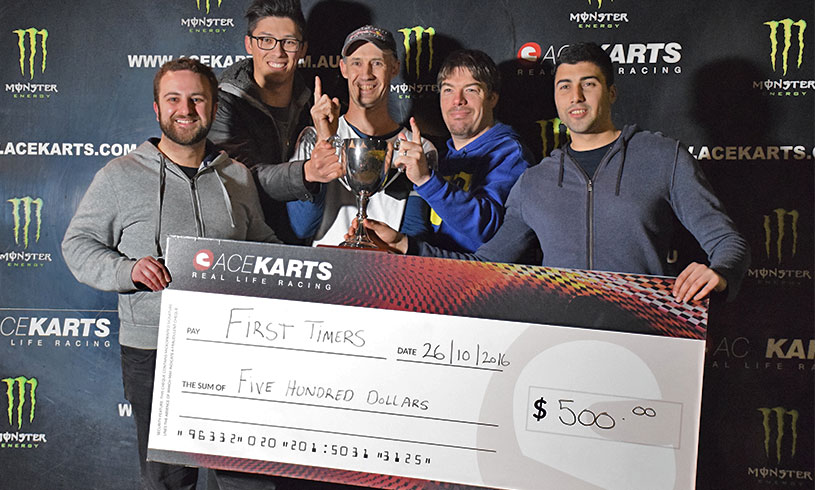 Our winners take home the $500 prize money and bragging rights. They also get their names on the League Cup trophy and an exclusive place on the Ace Karts honour board. 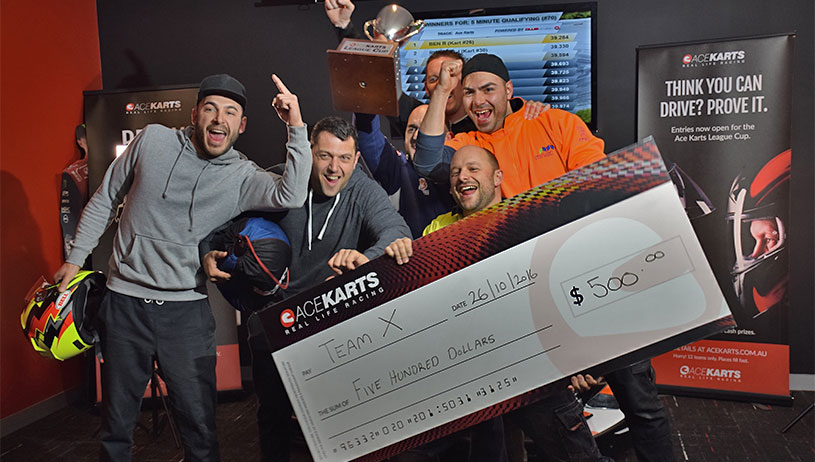 A big thank you to every one of our teams and racers for making both 2016 Rapid Finance League Cups absolute crackers. We couldn't have done it without your support.

We can't wait to see you all back again next season. And, remember, there's plenty of time over the summer for practising at the Ace Karts track.

The Leftovers took out the win, but Driving Miss Daisy didn't make it easy for them. It was an eventful race that saw plenty of close calls, smooth overtakes and jostling for the top spots.

The Leftovers' Ben Ransom and Liuey Tai-Fay led their team to victory, finishing 1st and 2nd respectively. Driving Miss Daisy fought hard till the end, but just couldn't quite get the result.

This was a very close race with both teams battling it out. In the finish, though, it was the First Timers who came out in front. Dean Dell secured 1st place with teammate Nathan Pannunzio in 2nd.

The Seeker Vromas have been awesome all season. And in this final race, they missed out on the win by only 3 points. They will definitely be a team to watch next season. Great racing guys!

Last week, the First Timers' Simon Arnold was unlucky to miss out on the season's driver's title. He made up for it in the Grand Final though. He responded like a true leader and took out the win for his team.

The Leftovers put up a commanding defence. But when it came down to it, the First Timers were just too strong. Congrats to Simon, Dean, and Nathan, who came in 1st, 2nd, and 3rd respectively.

The weather was perfect with the rain holding off until after the racing.

The temperature hit a low of 11 degrees.

League Cup 2 Champion Tony Ismail had a disastrous start to the night. A kart wheel bearing malfunction disabled his kart, putting him out of the race. Luckily, his team picked up the slack and nailed the win.

Elevensies' Cory Bridge managed to take out the win with teammate Brent Mekis close behind in 2nd. It was a great solid performance to kick off their finals racing.

It was another close race. Team Ramrod's Russell Kennedy raced hard to secure 3rd place, but it wasn't enough to get the win. Overall, Elevensies ended with a convincing winning margin of 7 points.

What a ripper of a grand final! The mid pack battles were intense with both teams giving it their all. It was a fantastic way for Team X and Elevensies to finish the season.

It was Team X, though, that secured the win and the championship cup. Special mention goes to Team X's Andrew Bobel for coming in 1st and to Elevensies' Alex Gilmore who finished 2nd. 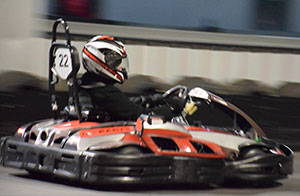 Thank you to all our racers

Thanks again to all of our racers for making the Rapid Finance League Cups 1 and 2 such a blast.

We couldn't do it without you, and we can't wait to see you all back on the track soon.

Our racers battle it out for pole position in the League Cup 2 finals ... Read more

Our racers end the season with a bang, battling through challenging conditions to pass the finish line ... Read more