The Evolution of Go Karting

Home-made karts and old drive-in theatres used as circuits; go karting in Australia has come a long way since it first took off in the early 1960s. These days, modern karts and tracks have been designed for speed, safety, and the ultimate racing thrill.

In its short history, go karting has quickly become a popular sport and pastime in an estimated 138 countries around the world and has been the training ground for some of motorsport's most famous drivers. Michael Schumacher, Daniel Riccardo, and Lewis Hamilton all began their motorsport careers in karts. So, where did the go kart come from?

The history of go karts

Who built the first go kart?

In 1956, an American race car builder by the name of Art Ingels (later known as the father of karting) and his neighbour, Lou Borelli, created the world’s first go kart.

The first kart had a tubular chassis powered by the West Bend engine of a lawnmower.

Where did the go kart make its debut?

The go kart made its debut on 14 September 1958 when Ingels drove it around the pits in Pomona where a car race was taking place.

Who manufactured the first go kart?

These new racing machines instantly attracted a large following and in 1958 the first go kart manufacturing company, Go Kart Manufacturing Co, was established in the US. 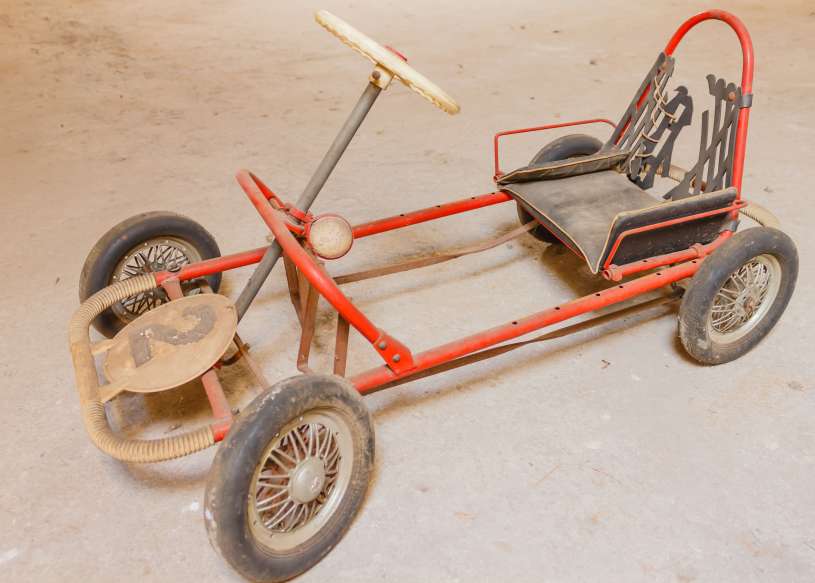 The humble kart has come a long way

Where was the first permanent go kart track?

The first permanent circuit came into being in Azusa, California, in 1958.

In 1959, McCulloch became the first company to produce engines for karts. The original model was the McCulloch MC-10 and was adapted from a two-stroke chainsaw engine.

Where was go karting most popular?

When copies of American auto magazines circulated the world, Europe took a keen interest in the new invention and soon home-made karts, built using anything from motorcycle engines to scrap metal, were appearing in countries across the continent.

When was the International Karting Commission established?

When did the first Karting World Championship take place?

In 1964, the first ever CIK Word Championships were staged in Rome on the “Pista d’Oro”.

The history of karting in Australia

The Australian Karting Association was formed in 1963 and the early days of go kart racing took place in locations such as Granville New South Wales, Sunnybank Queensland, and Brooklyn and Seymour in Victoria. Some may find it surprising that woman have always been allowed to race karts in Australia, and up until 1986 were crowned National Champions in their own class.

There were a number of ‘pioneers’ of Australian Karting but it was in the 1970s that John Pizarro, 15-time Australian Karting Champion, began his legacy in the sport, and Drew Price started Drew Price Engineering, now known as DPE Kart Technology – Australia’s most successful kart manufacturer. Today there are more than 7,000 licenced kart drivers and 86 affiliated clubs across the country.

The evolution of Ace Karts

While competitive go karting is a fun and affordable sport, you don’t need to be a licenced driver to grab a group of mates and head to your local karting centre to experience the best tracks and latest in karting technology.

Ace Karts has been around for more than 20 years, and in that time, has evolved both its karts and track and now offers Melbourne’s most challenging outdoor karting track.

The track is 700m in length and was first built in 1994. It was bulldozed and rebuilt in 2001, then undertook an extensive upgrade in 2014 which included installation of track lights for safety and night racing.

Over the years, kart manufacturing has become more efficient, and there are continual improvements in design, safety, and technology. When Ace Karts was first established, they purchased basic silhouette karts, but they quickly evolved and began designing their own.

This powered by a Honda GX200, 6.5 horsepower engine. It was designed for beginners and drivers under 12 years of age.

This was powered by a Honda GX270, 9 horsepower engine. The extra power means it was designed for serious drivers with a need for speed.

These were later upgraded for greater safety and included better wheel protection and were made from chromoly steel. 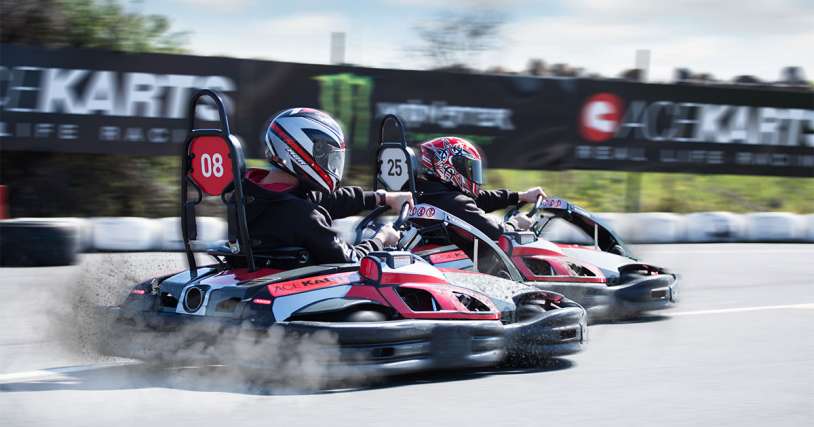 Today, Ace Karts boasts a fleet of machines built by world-class French manufacturer SodiKarts. They meet rigorous safety standards, have a Honda power plant and include a range of features consisting of adjustable pedals and seats, brake and head lights, and rack and pinion steering for better kart control.

Since its invention in 1958, karting has become a form of motorsport loved by millions of people all over the world. Whether it’s racing for enjoyment or competitively, karting is a sport for all ages and skill levels, and we have a couple of Americans to thank for it all.

9 things to do in Melbourne if you love cars

Planning a visit to Melbourne? Love cars? Here are nine activities for the car enthusiast in all of us ... Read more

Should you drift go karts during races?

When you drift karts they lose speed. And in a race, being even a split second slower can mean the difference between first and second place ... Read more